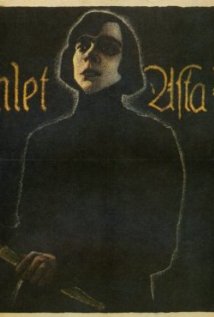 Danish silent movie-star Asta Nielsen headlines this adaptation of Shakespeare’s Hamlet. The most prominent change sees Hamlet made into a female character, a princess forced by her mother to masquerade as a man.

Alternative Shakespeares comprises a series of eight film screenings and discussions that highlight the diversity of Shakespearean representations on film. Providing a forum for thought and conversation about Shakespeare in adaptation, this screening will feature an introduction and discussion led by Anne Morey, Associate Professor, Department of English, Texas A&M University.

This event is made possible through the generous support of the Texas A&M Women’s and Gender Studies Program.