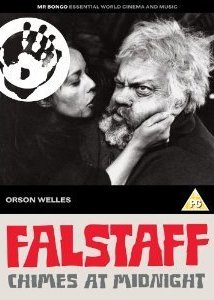 Chimes at Midnight‘s plot centers on Shakespeare’s recurring character Falstaff and his father-son relationship with Prince Hal. The script contains text from several of Shakespeare’s plays including both parts of Henry IV, Richard II and Henry V.

Alternative Shakespeares comprises a series of eight film screenings and discussions that highlight the diversity of Shakespearean representations on film. Providing a forum for thought and conversation about Shakespeare in adaptation, this screening will feature an introduction and discussion led by Rick Schmidlin, film preservationist and scholar.

This event is made possible through the generous support of the Texas A&M University Libraries.